To celebrate the release of Dad’s Army: The Lost Episodes on Gold, UKTV has unveiled a huge 1940s army-recruitment style mural which has been specially designed to look as if it has been in place for decades. The specially created, time-weathered ‘ghost billboard’ harks back to WW2 propaganda advertising and has been designed to appear as if it has re-emerged after being lost to the ages. 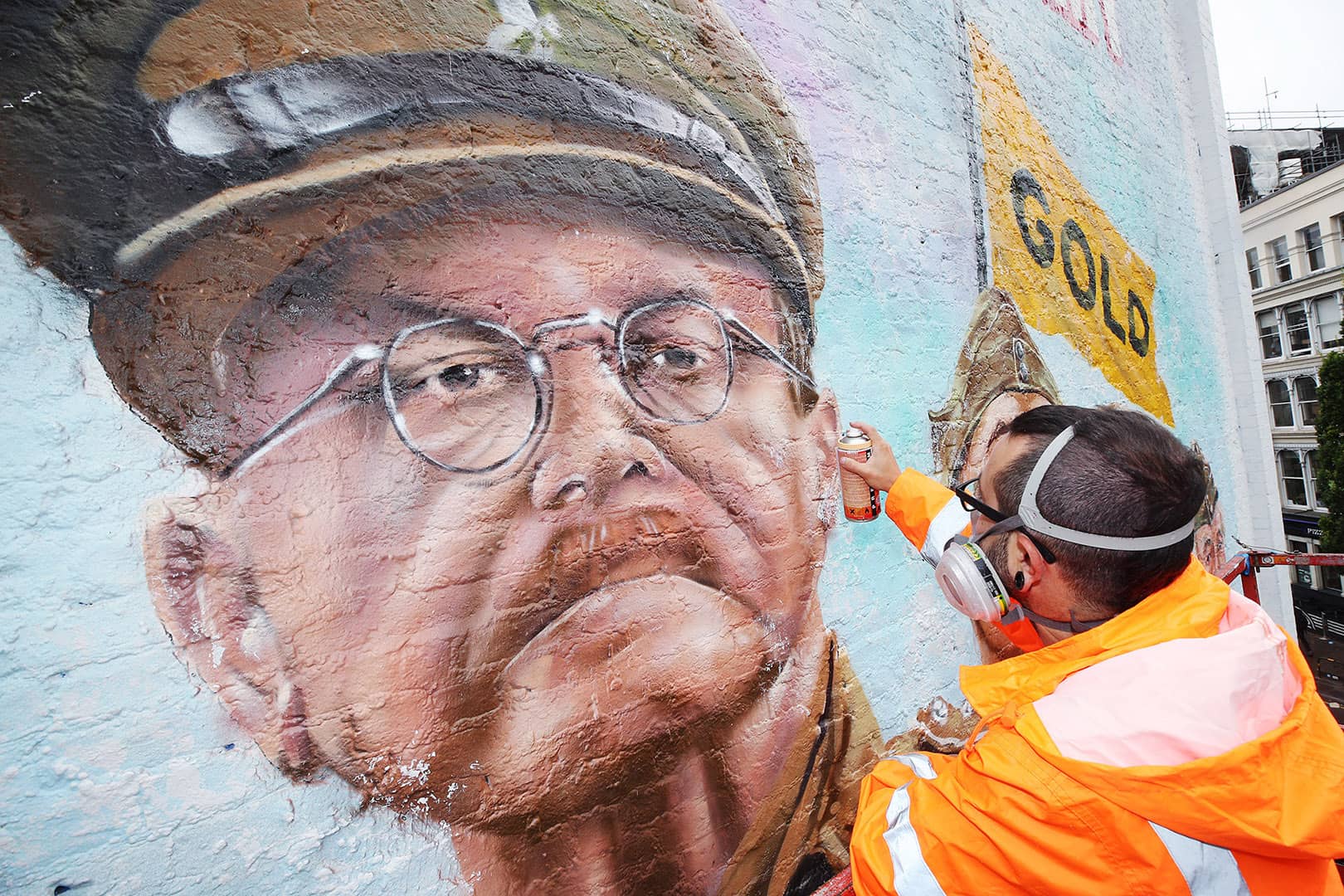 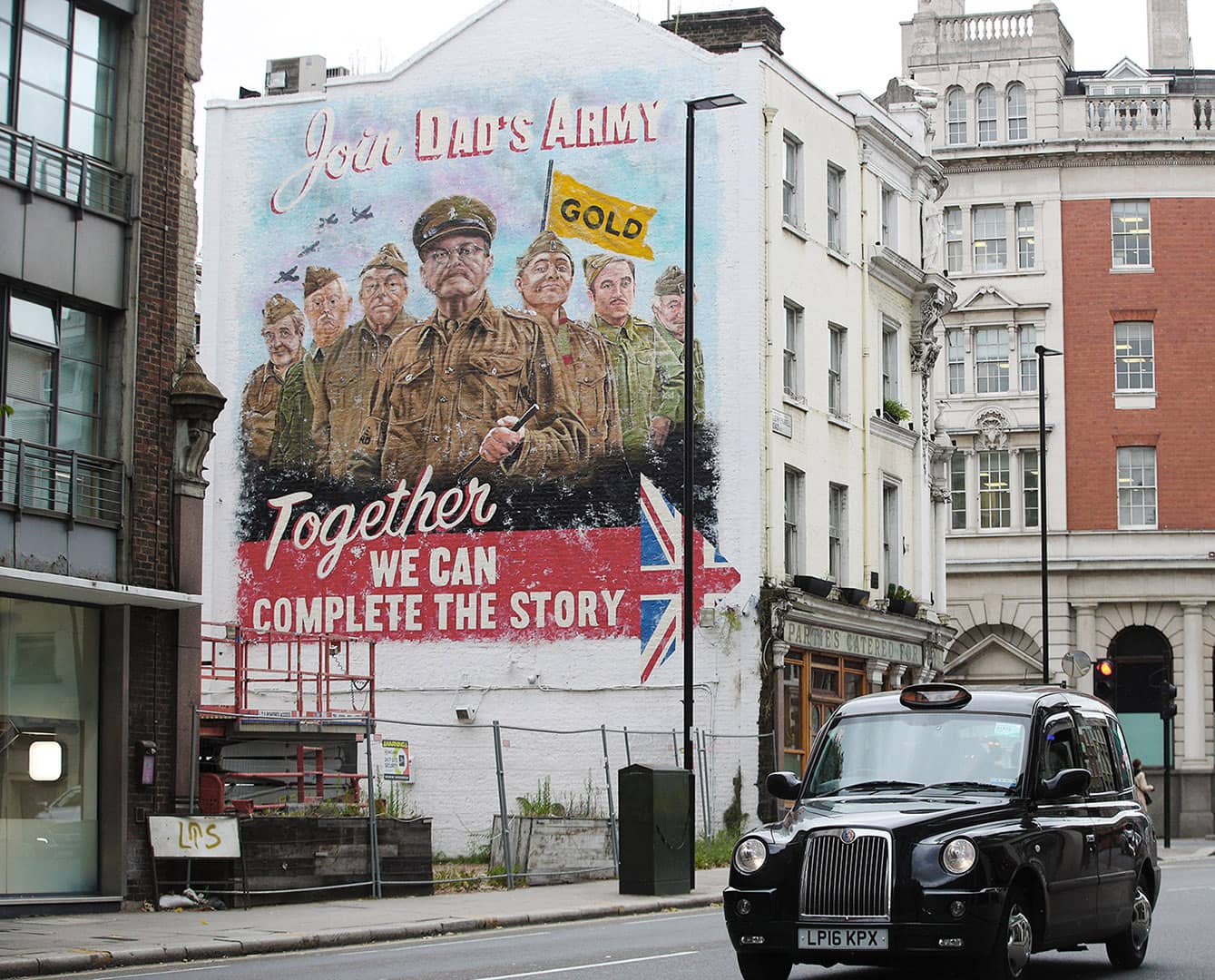 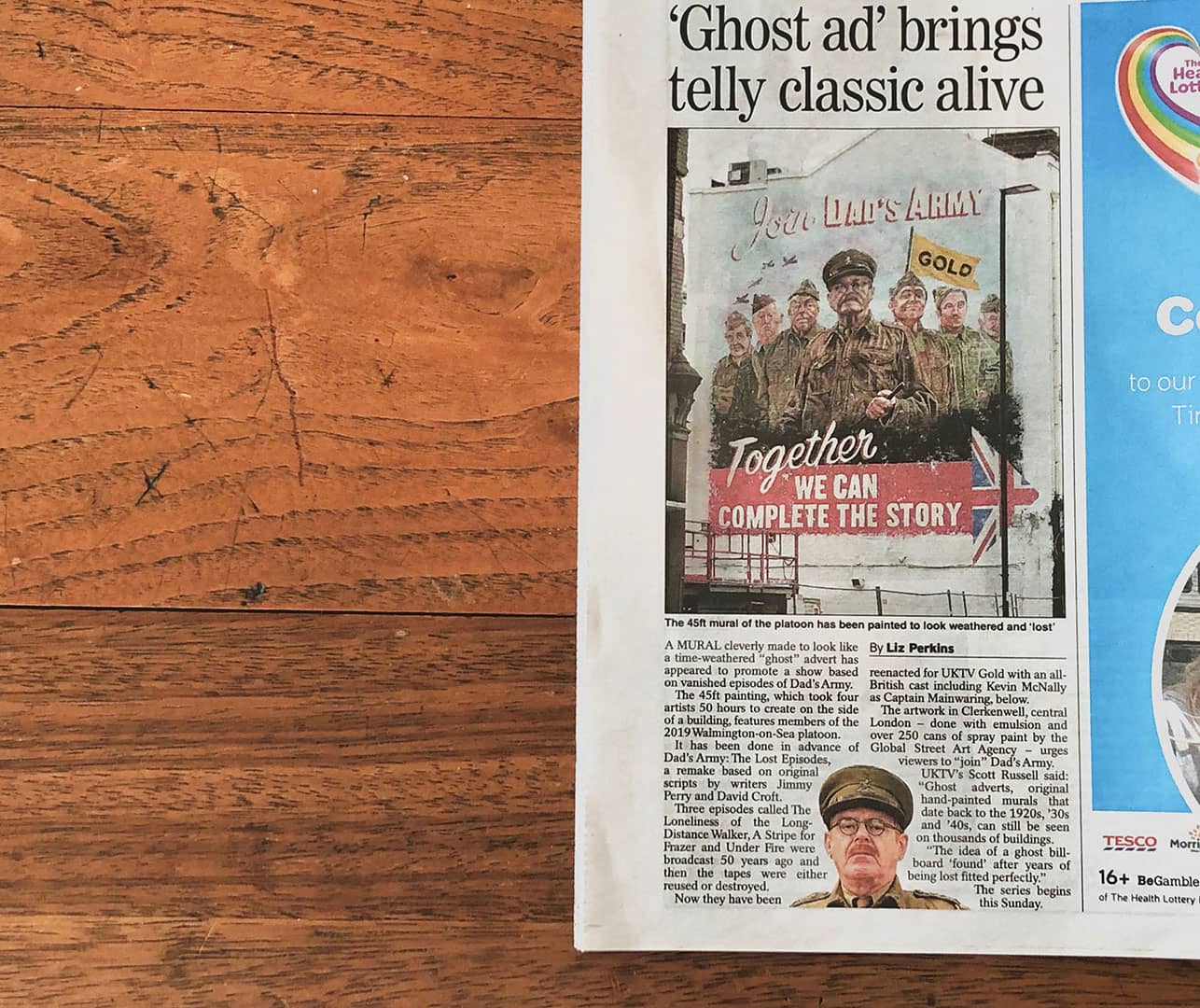 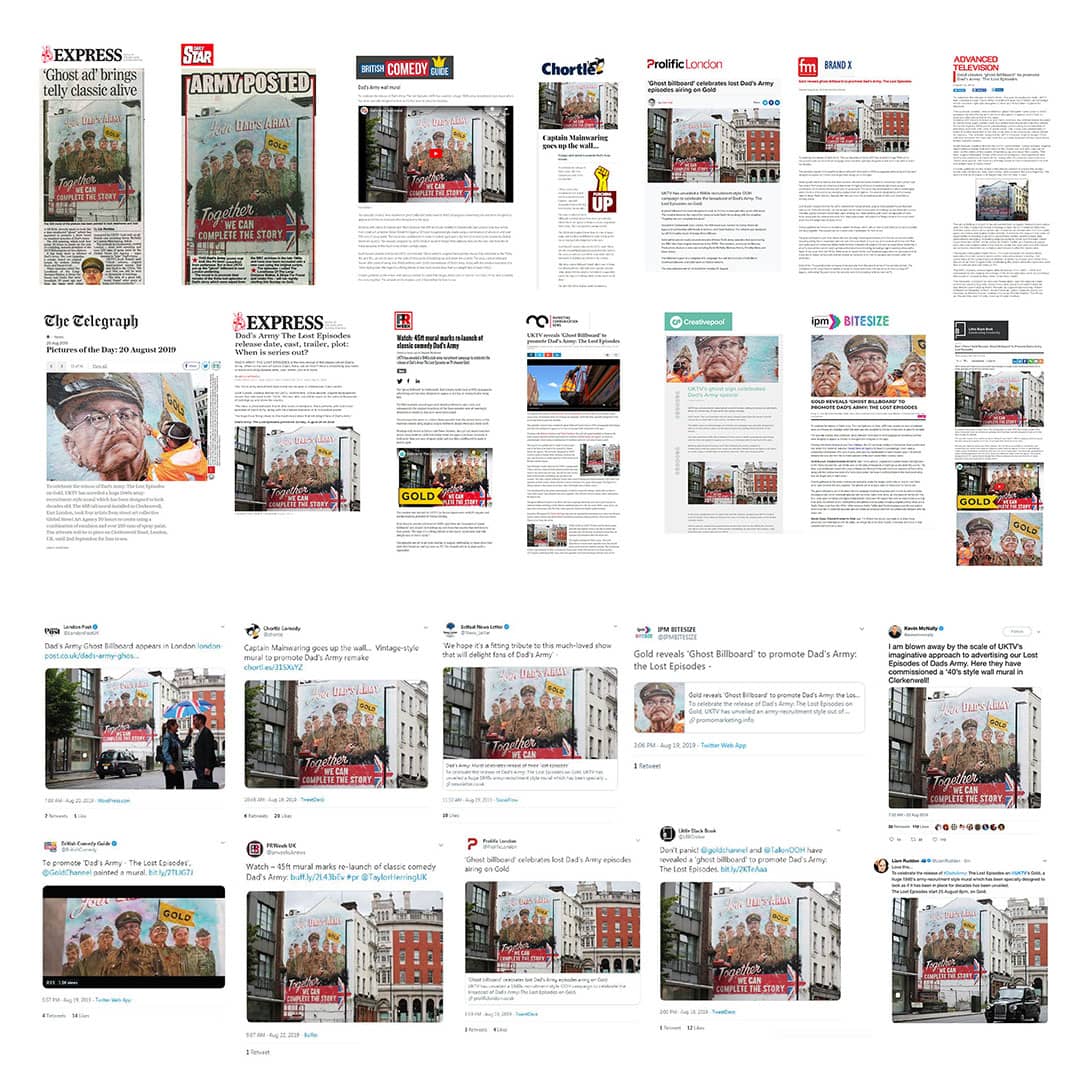 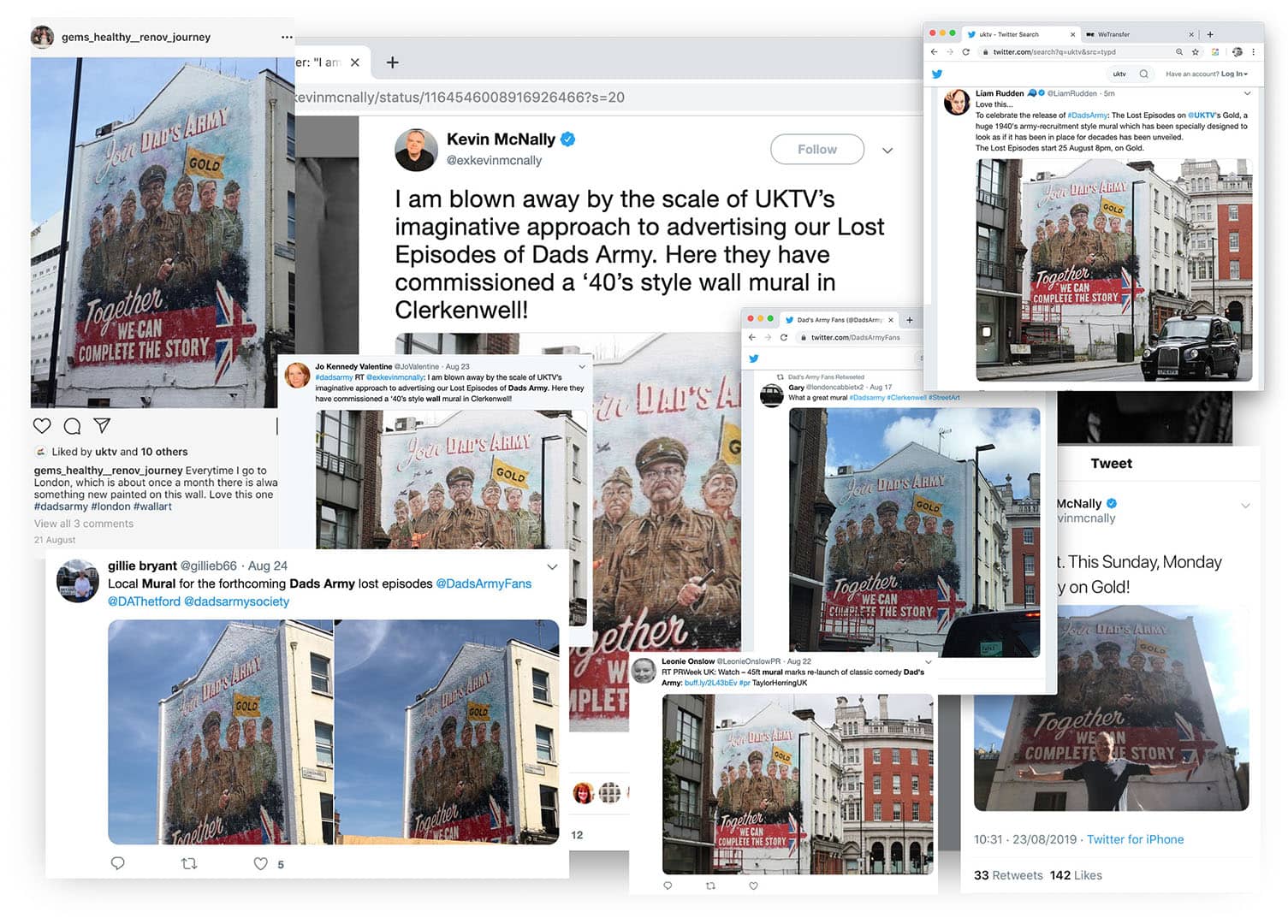 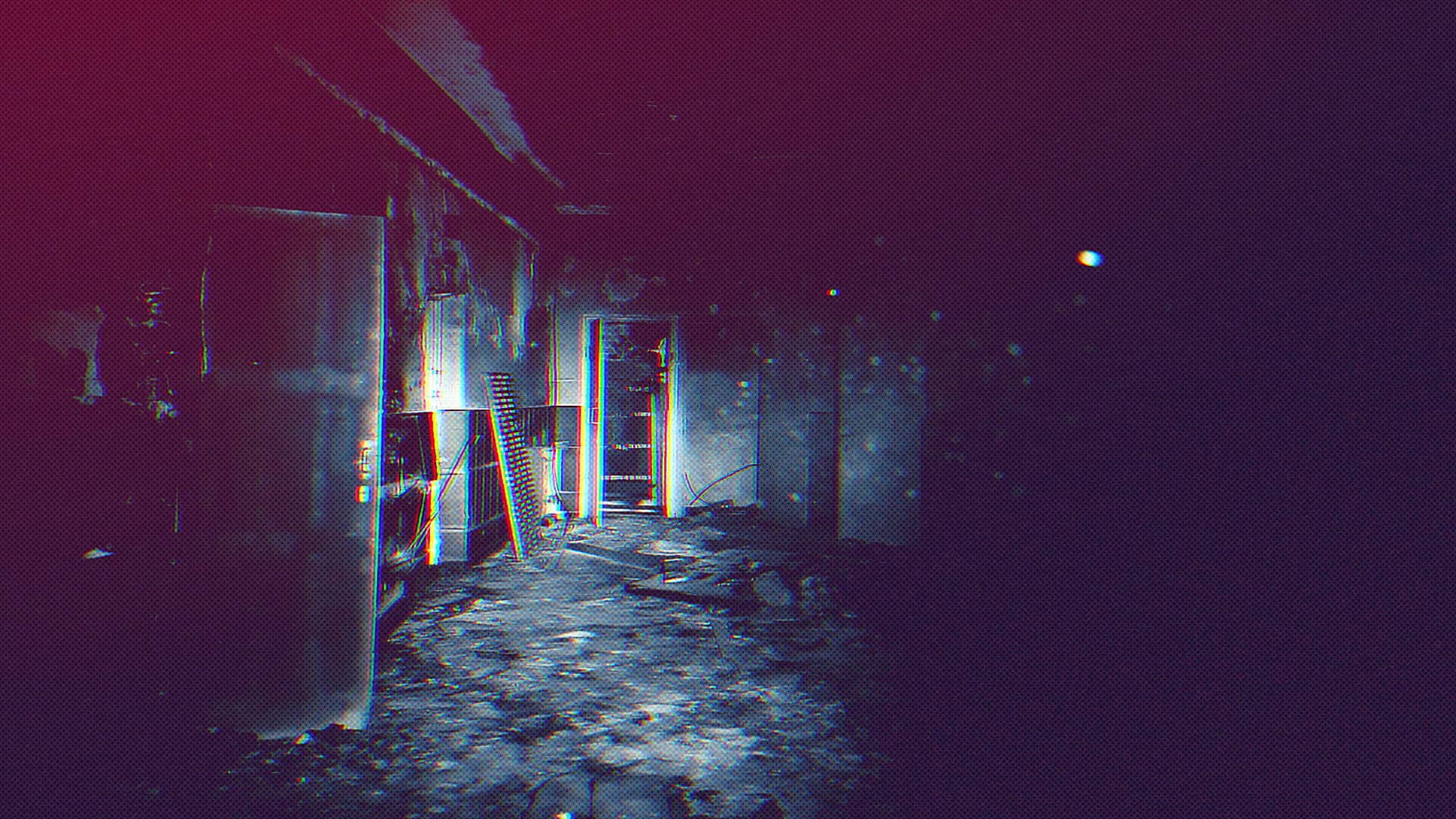