Our ‘Be The Mate You’d Want’ campaign is part of a year-long partnership between Dave and mental health awareness charity CALM (the Campaign Against Living Miserably). To launch the campaign we completely took over a four-and-a-half minute primetime ad-break to start the conversation and give viewers a genuine space to contact a friend who might be in need. Voiced by comedian James Acaster the break was hugely well-received, with a massively positive response on social media (even rating highly with the 16-34 demographic) The break takeover was backed up by an on-air promo campaign, as well as press ads, beer mats and sponsored coffee cups. 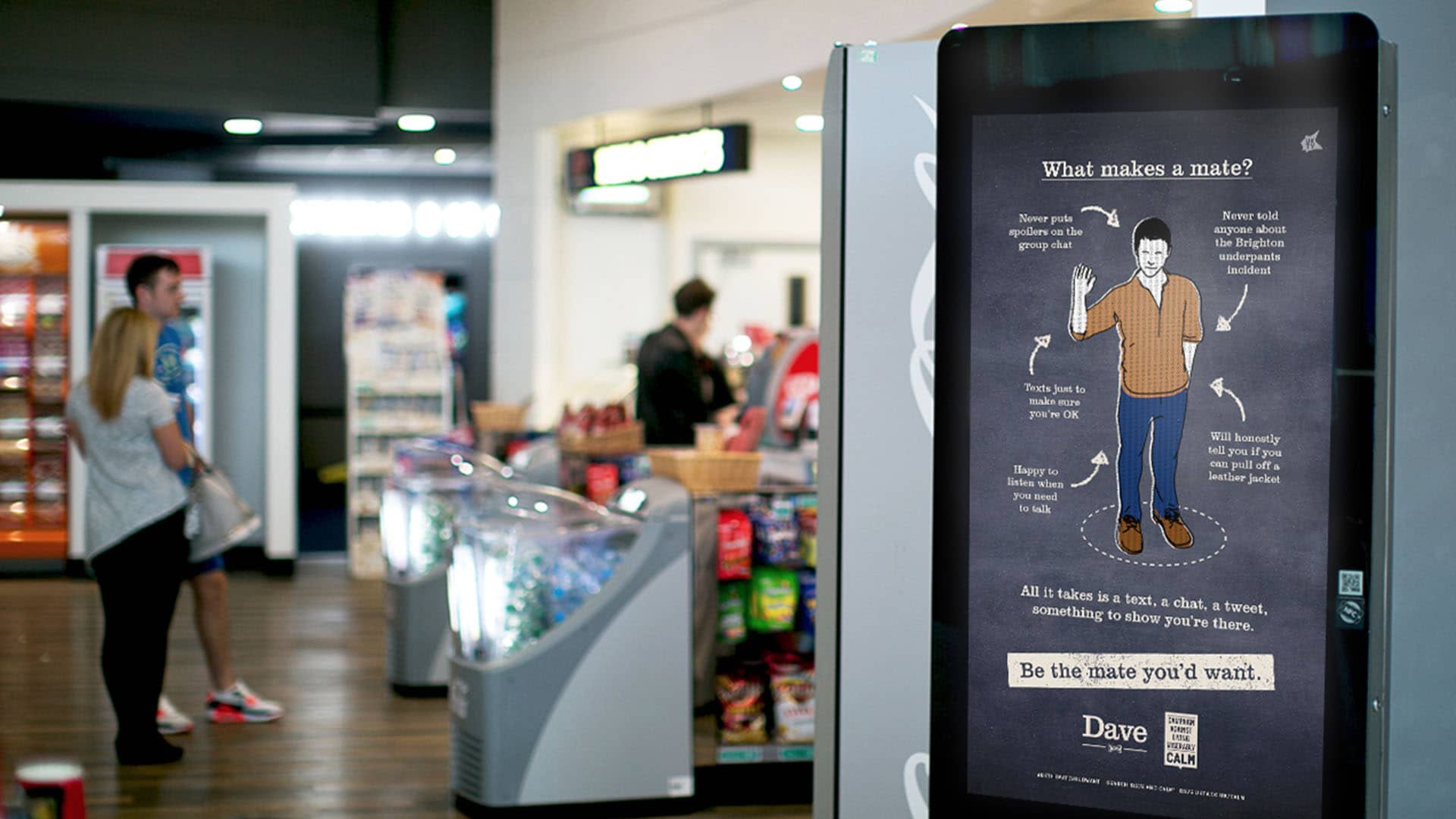 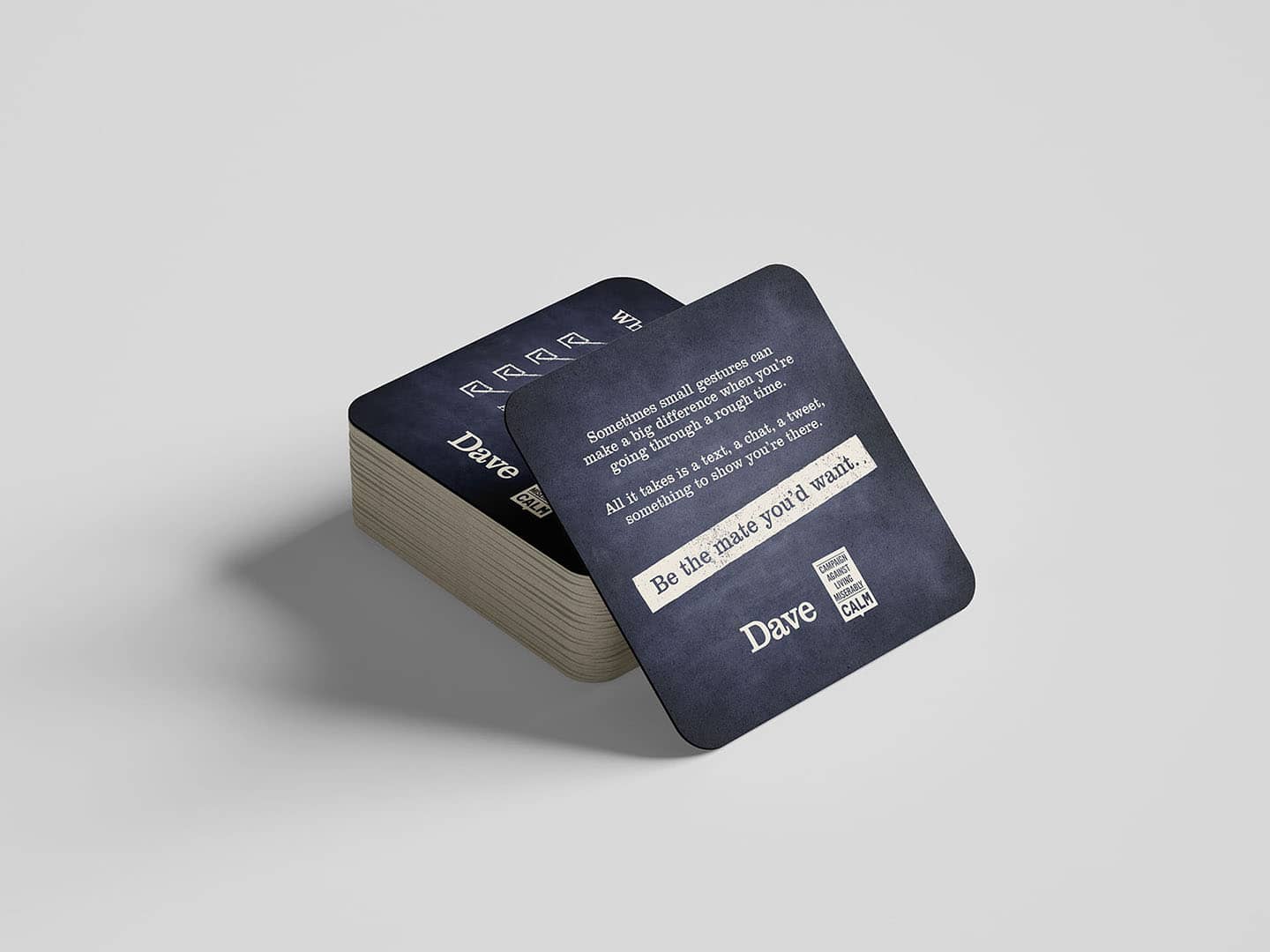 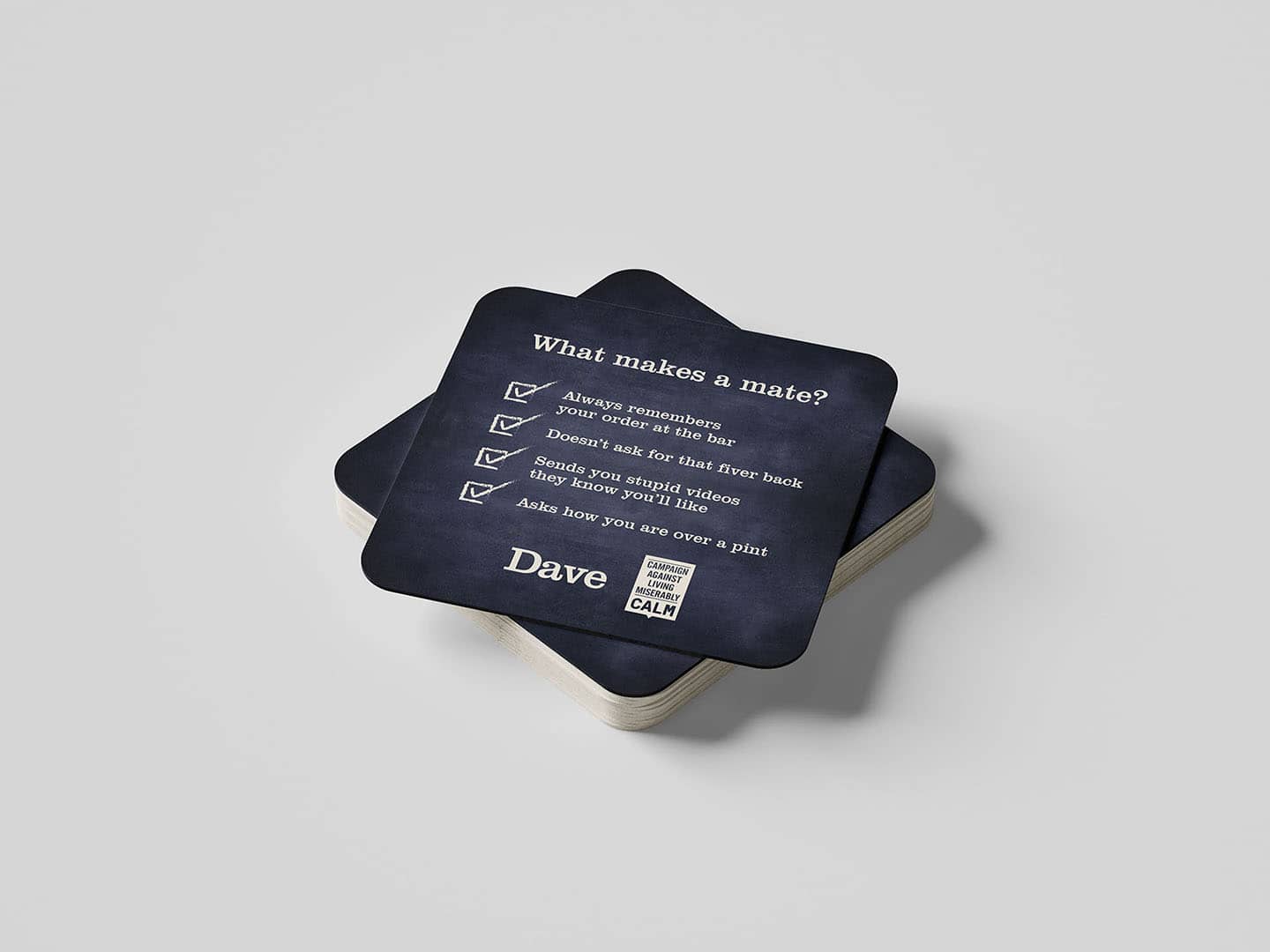 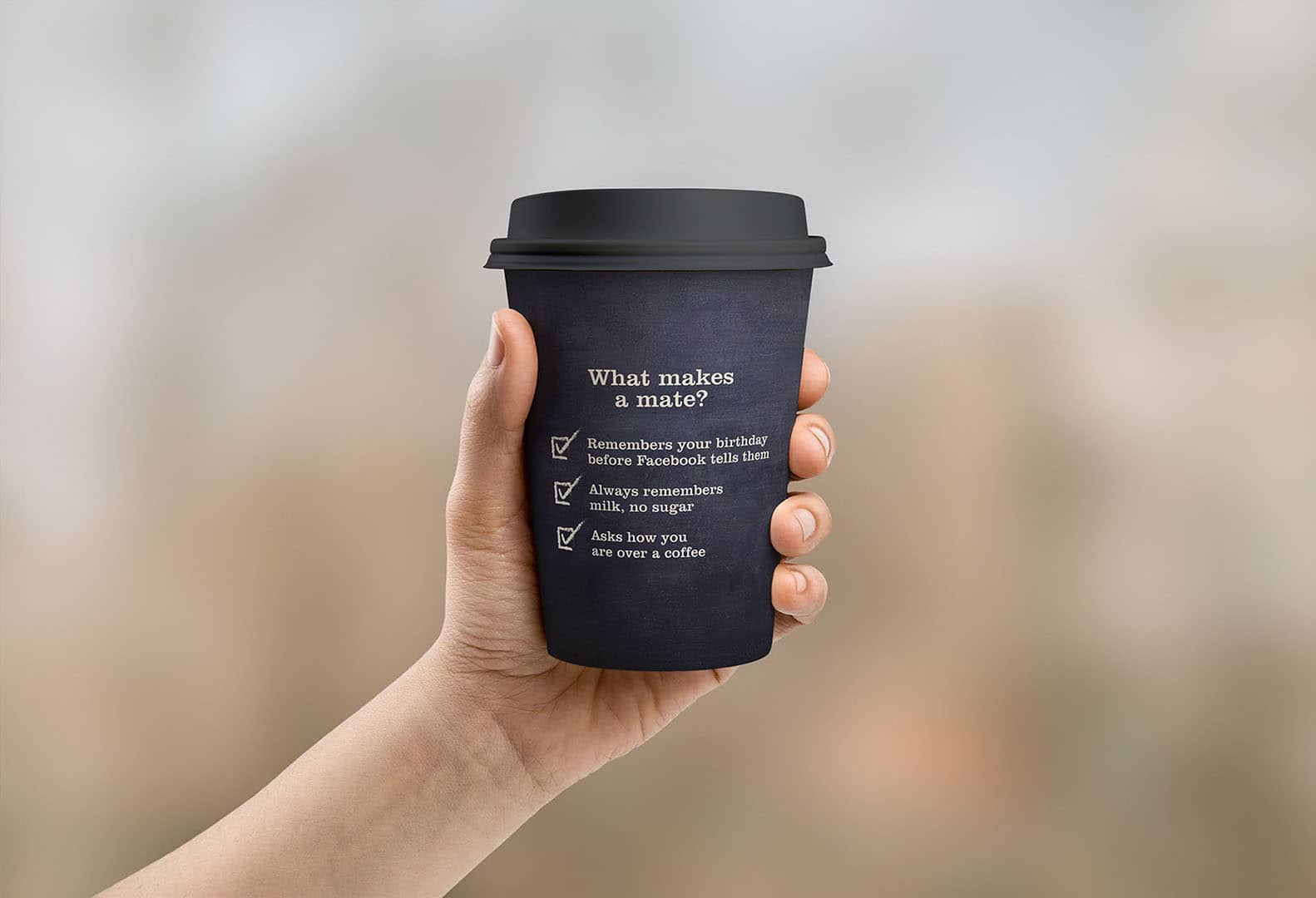 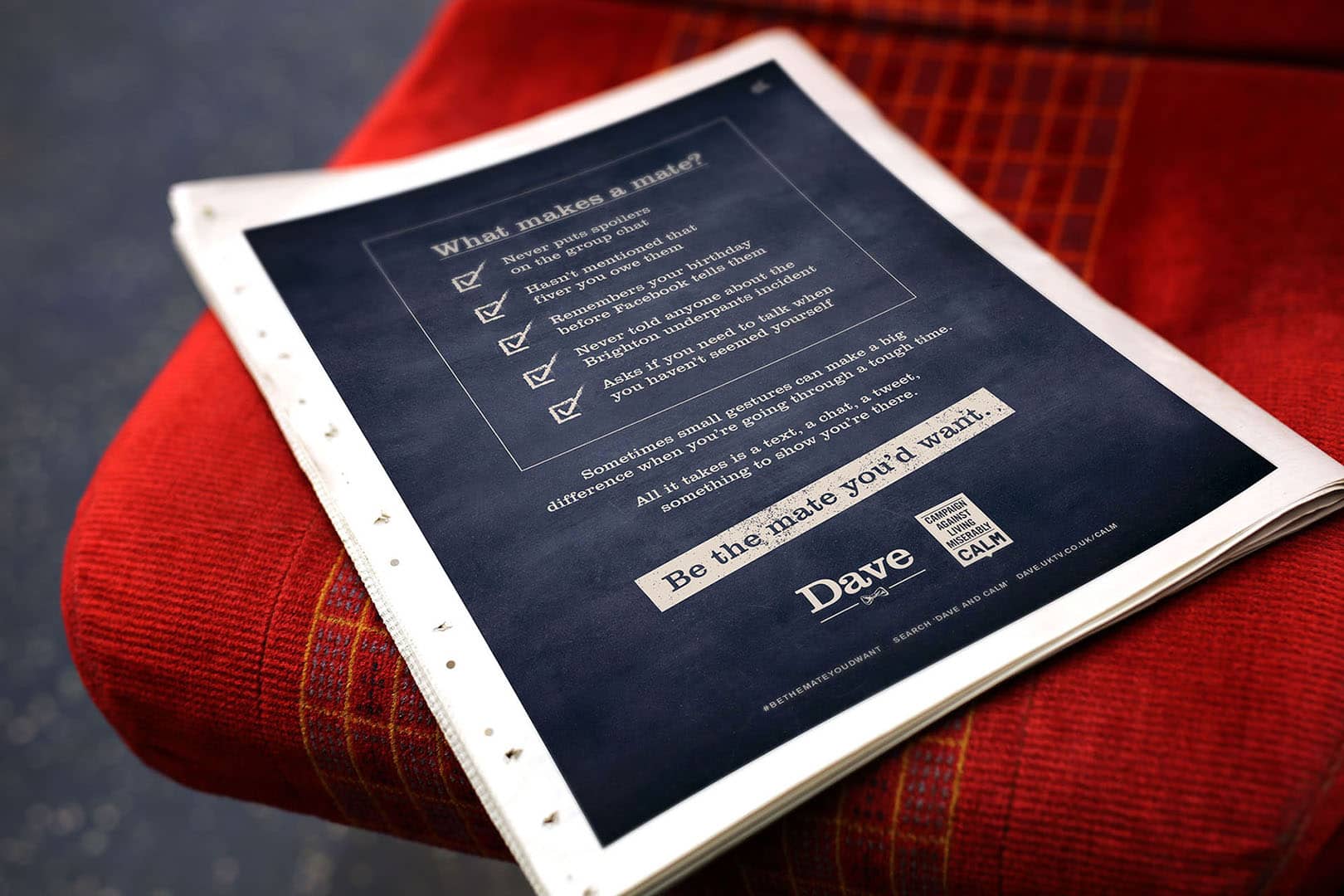 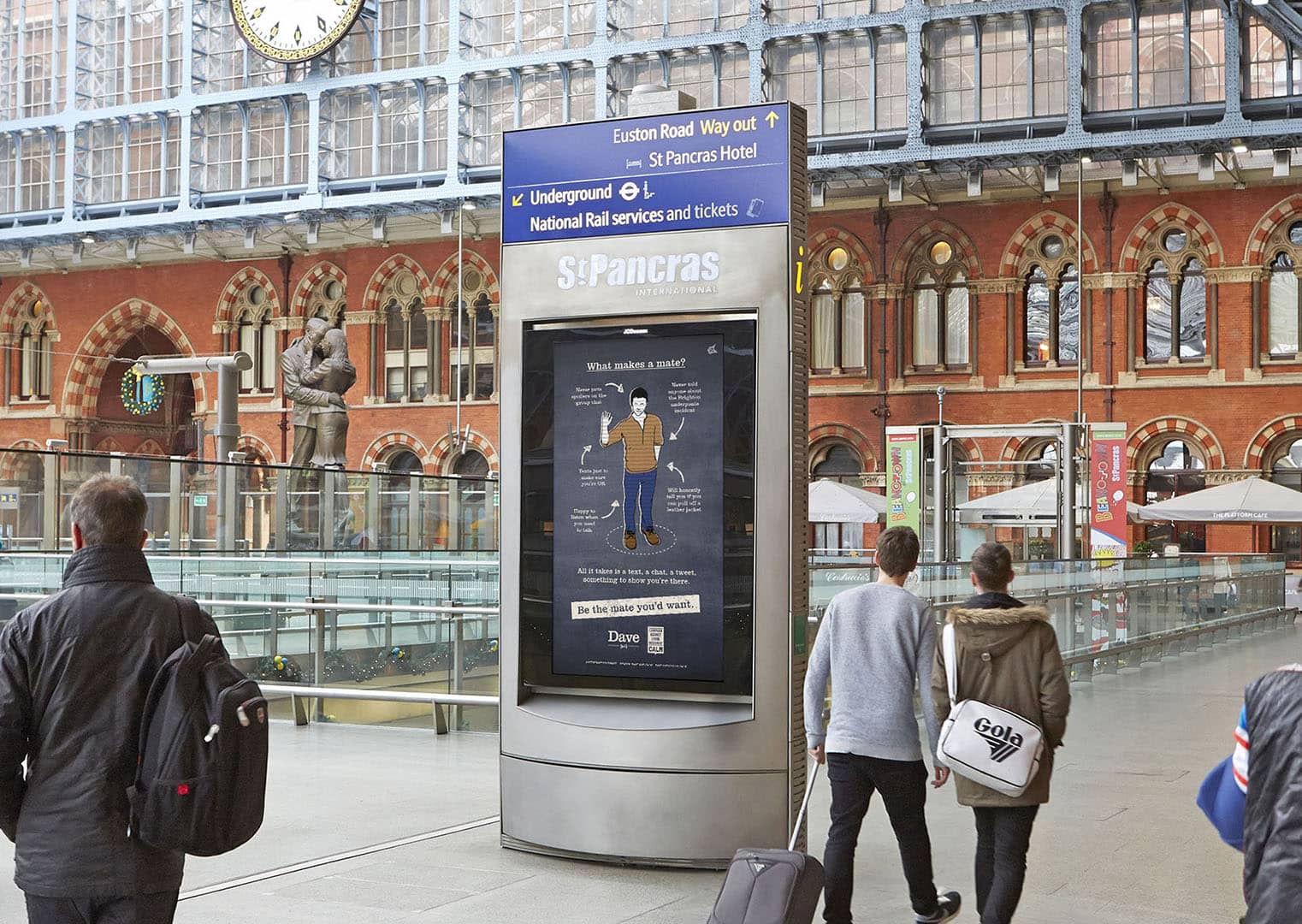 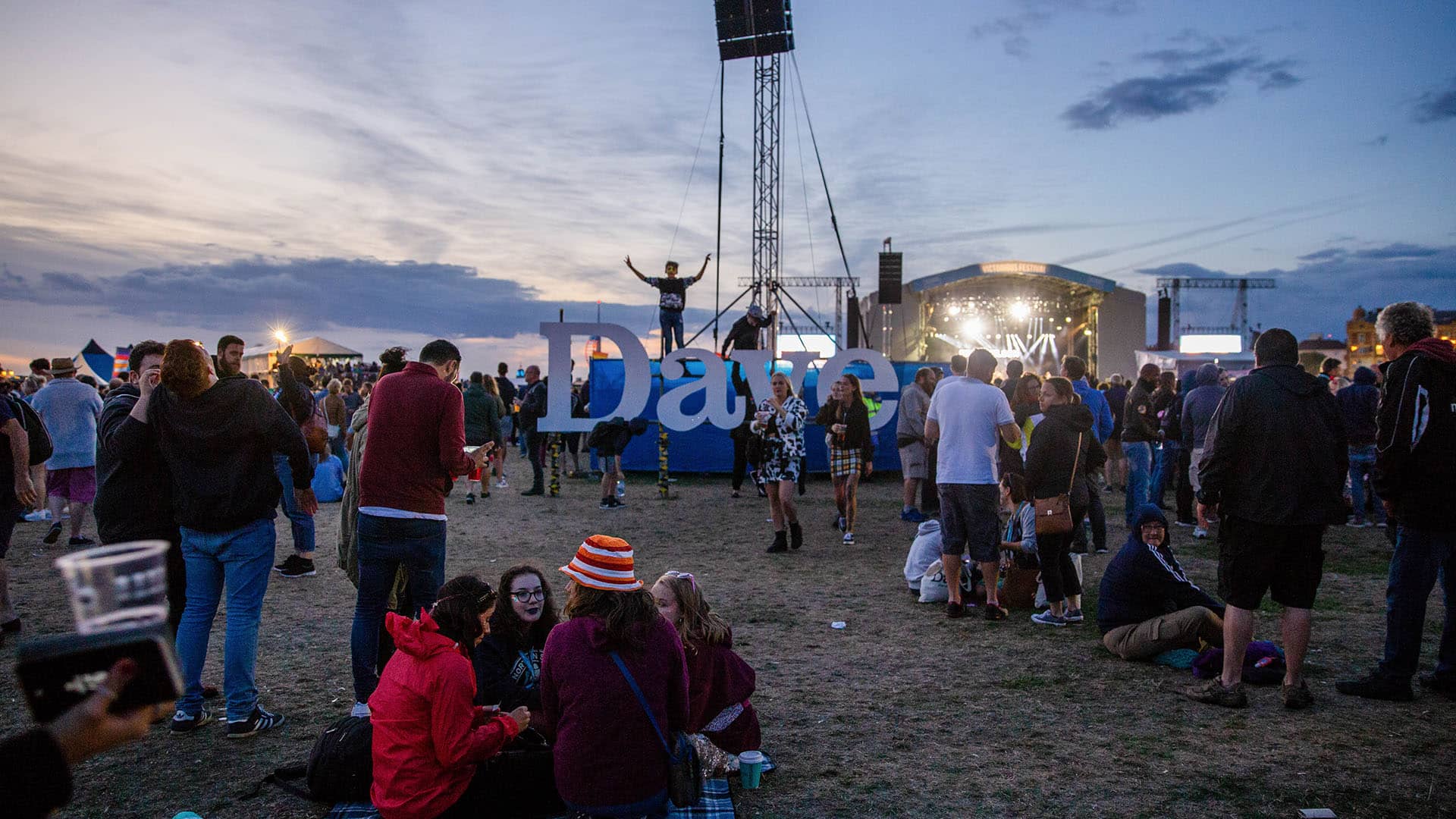